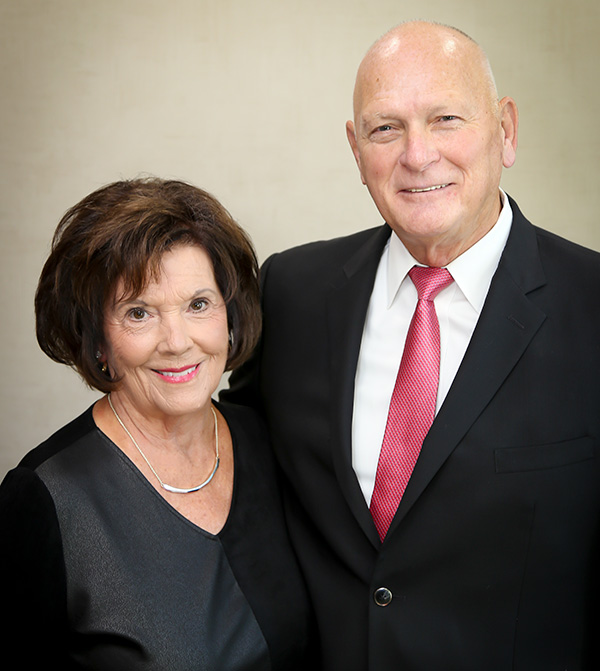 Rochester University honored Jim and Caye Randolph with the J. Robert and Mary Utley Philanthropy Award during the President’s Circle of Honor on Saturday, Oct. 13. Rochester University established this annual award to honor those who have modeled sacrificial service and philanthropic generosity for others in support of the college. This award was named after J. Robert and Mary Utley because of their steadfast commitment to scholarship and service. In recognition of their philanthropic spirit, this year’s award was presented to Jim and Caye Randolph.

The value of Christian education is intrinsic in the lives of Jim and Caye (Cannon) Randolph. They were born into a Christian heritage that was actively involved in the establishment, support and growth of many of our Christian schools of higher education.

Caye’s family also has been active members of Pepperdine University since its establishment in 1937. Her father, Sherman Cannon, earned his bachelor’s degree and master’s degree in religion at the university and served on the Board of Development and Lectureship Committee.

Jim and Caye met while students at Pepperdine and married in 1963. They have three daughters and when their daughter’s college decisions were being made, they were told, “You can go anywhere you want as long as your first year of college is at a Christian college.” Dalaina (Randolph) Harrell graduated from Abilene Christian College, Jamie (Randolph) Watson from Pepperdine, and Allison (Randolph) Ballard from Pepperdine. 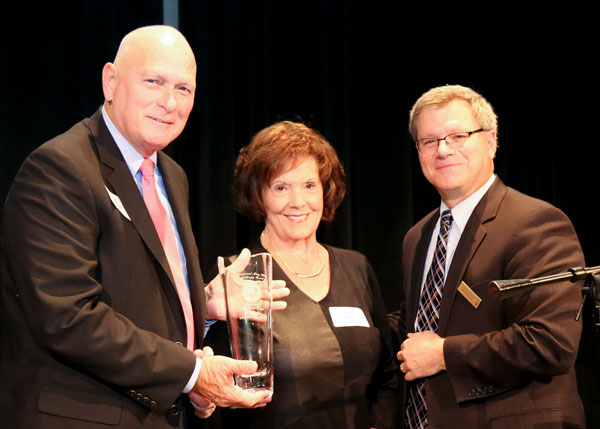 Their grandchildren were faced with similar decisions and the value system continued. Hannah Harrell is a graduate of ACU and currently working on her master’s there. Sabrina Ballard is a recent graduate of Pepperdine. Jane Ashley Watson, Blake Ballard, Emily Watson, and Lauren Watson are currently attending Pepperdine University, bringing the four-generation Cannon-Randolph Legacy to Pepperdine where Jim and Caye have endowed a scholarship in the name of their parents.

When the Randolphs were transferred to Michigan years ago, the decision to join forces with Rochester University was an exciting part of their life’s journey.

Jim graduated from Pepperdine in 1966 with a degree in business administration, and he was hired by General Motors while still a student at Pepperdine. He later went on to receive his MBA from Central Michigan University. Jim spent 38 years with General Motors/Delphi, retiring in 2002 as global executive for business services. The Randolphs served on the Board of Visitors for Pepperdine University in the 1990s. In 1993, Jim began his service as an elder at Rochester Church of Christ and resigned just recently. His work with the Rochester University Board of Trustees began in 1995, and he served as chairman from 2007 to 2012. He also serves on the Rochester Foundation Board.

Caye graduated from Pepperdine in 1964 with a degree in elementary education followed by a master’s degree in education from Oakland University. She holds certifications in special education and administration. She retired from her public school career in 2000 after 34 years of service; her last position was principal of Rochester Adams High School. In 2005, she joined the Rochester University Department of Education, where she served as coordinator of the Student Teaching Program until December 2013.

The Randolphs reside in Michigan until the snow falls. They enjoy spending time with family and friends, traveling, reading, golf, and most of all, being an active influence in the lives of their eight grandchildren.