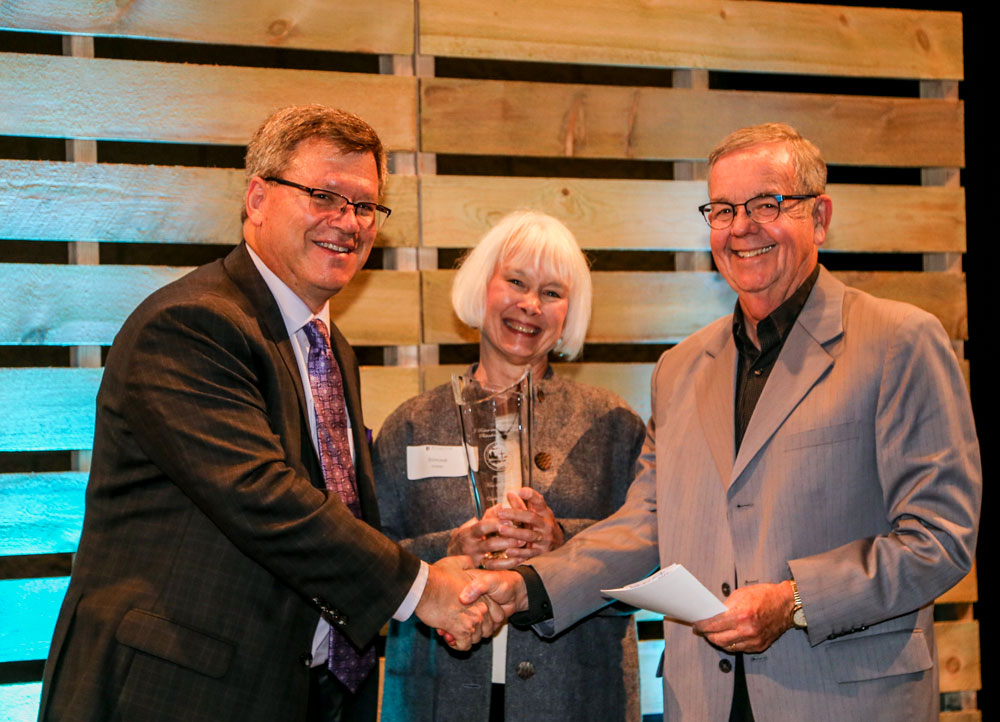 Rochester University honored Dr. Kenneth and Donna Slater with the J. Robert and Mary Utley Philanthropy Award during the President’s Circle of Honor on Saturday, Oct. 19. Rochester University established this annual award to honor those who have modeled sacrificial service and philanthropic generosity for others in support of the college. This award was named after J. Robert and Mary Utley because of their steadfast commitment to scholarship and service. In recognition of their philanthropic spirit, this year’s award was presented to Dr. Kenneth and Donna Slater.

Before the 1959 founding of this educational institution, the Montgomery and Slater families believed a college affiliated with Churches of Christ was needed in the Midwest. To honor both families for their role in establishing and sustaining the university, Kenneth and Donna (Montgomery) Slater accepted a lead role in making the Slater–Montgomery Family Chapel a reality.

Gerald E. Mongomery, Donna’s grandfather, served as a member of the university’s founding board of trustees. Beginning in 1935, he served as a minister in Churches of Christ for 40 years. In addition, he was a captain in the Detroit Fire Department and a director of the Detroit Safety Council. His wife, Ollie, helped establish the Associates, a volunteer group of women who raised over $4 million for this institution.

Donna’s parents, Leonard and Martha Mongomery, supported the new college during its early years. Martha was an Associate and the family donated books in her name to the library after her passing. 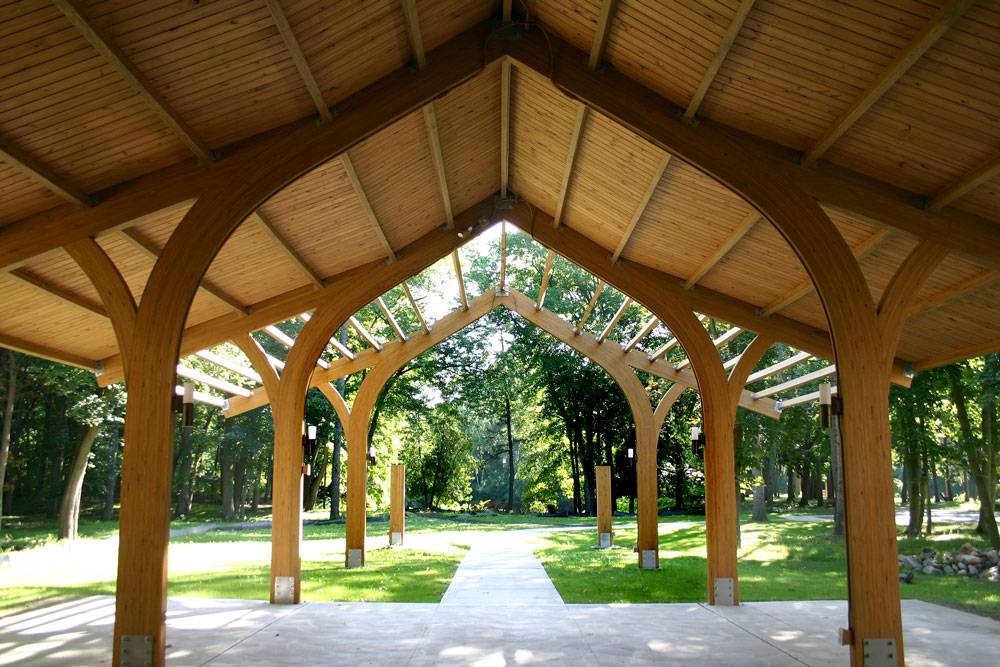 Harold and Helen Slater, Ken’s parents, served the university in exemplary fashion for over five decades. Harold, a former elder of the Dearborn Valley Church of Christ and executive at Ford Motor Company, encouraged other congregations to become involved in the development of the institution as well. Helen worked for many years with the Associates as a president and an events chairperson. The couple also established an endowed scholarship to provide financial assistance for students. The Slaters were honored by the university as Philanthropists of the Year in 2008.

Ken and Donna Slater were married on this campus in an outdoor ceremony in 1973. Donna is an alumna of the university and lifetime member of the Associates. She owns a business that designs and builds playgrounds in the Lansing area. She is a long-time teacher at the Greater Lansing Church of Christ and has served as a counselor at Michigan Christian Youth Camp. She also volunteers as a Master Gardener at the Michigan State University Horticulture Gardens.

Using his experiences as an administrator for a public mental health agency and adjunct instructor at Michigan State University and Great Lakes Christian College, Dr. Ken Slater served on Rochester University’s board of trustees for several years. He is an elder of the Greater Lansing Church of Christ, a board member at Michigan Christian Youth Camp, and a member of the MSU Religious Advisors Association executive council.

Both Ken and Donna Slater believe in Rochester University’s mission of providing an education with the highest academic standards in a Christian environment. They feel this combination will foster leaders for a better community and world.