In the spring of 2017, an 1,800 square-foot public art landmark was installed on the Clinton River Trail. The Rochester Community Mural, sponsored by Chief Financial Credit Union, is located in Lake Norcentra Park on the Rochester University campus. Open to the public, the scenic park comprises 14 acres of high bluffs, historic buildings, wetlands, and woodlands in the heart of Rochester Hills.

Led by Christine Gibson, in consultation with Mural Arts of Philadelphia, community volunteers began painting the mural on 72 5’x5’ panels in December 2016. The painting was finished nearly a month ahead of schedule during the first week of February 2017. Well over 150 volunteers assisted with the painting. Many volunteered on a regular basis. Rochester University is thankful for the volunteers, sponsors, and city of Rochester Hills for providing this opportunity for the community. 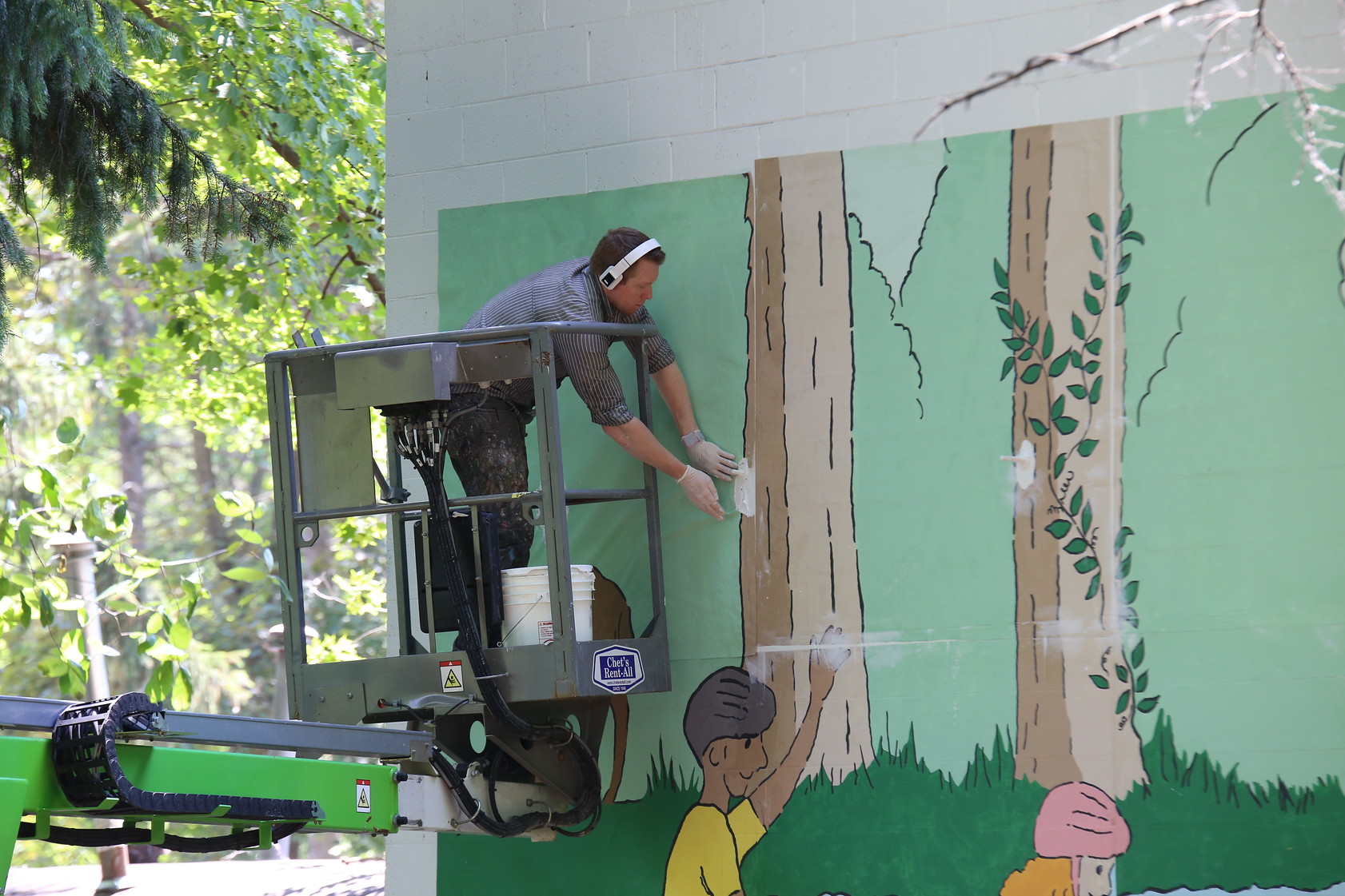 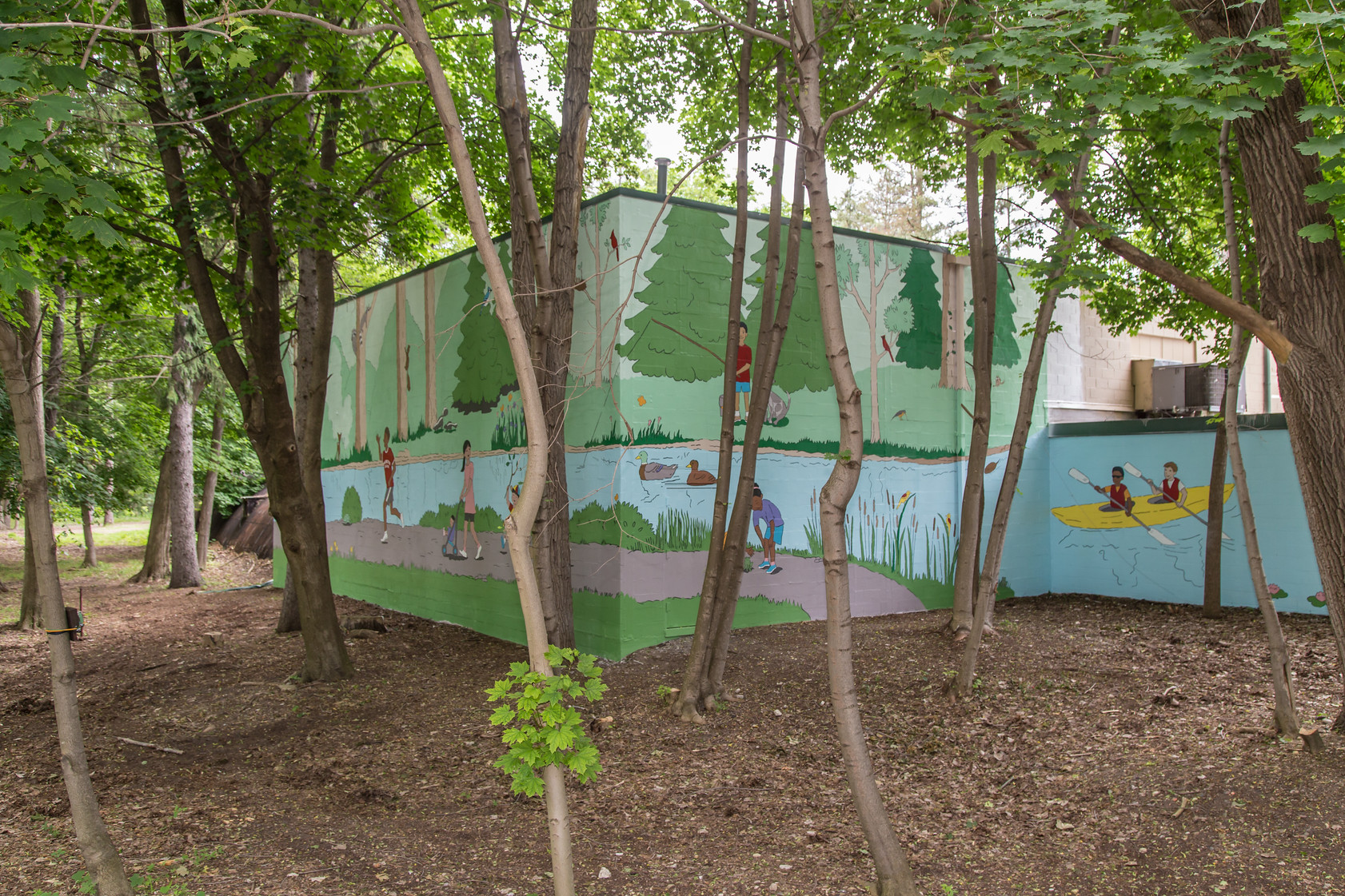